Kermanshah is one of the capital cities in west-Iran and home to part of the Iranian-Kurd community. Even though it was one of the first civilization regions of humans, Kermanshah developed mostly after becoming the second capital of the Sassanid Empire.

Taq-e Bostan, the Sassanid bas-reliefs of the crowning ceremony of Ardashir II and also Anahita Temple, which is a temple to worship the goddess of water, are proof of the importance of Kermanshah city since about 15 hundred years ago.
When Iranians converted to Islam, other beautiful attractions were constructed in Kermanshah, such as Tekyeh- Moaven al-Molk, Jameh mosque of Shafei, Tekyeh Biglarbeygi.

When is the Best Time to Travel to Kermanshah?

According to the location of Kermanshah in middle of Zagros Mountains, this city has fresh and moderate weather during the summer. So overall, Kermanshah is one of the best summer travel destinations in Iran.

Spring and fall are along with raining, the weather is cool and gets a bit cold at night. Still, it’s an excellent time to see Kermanshah beauties. 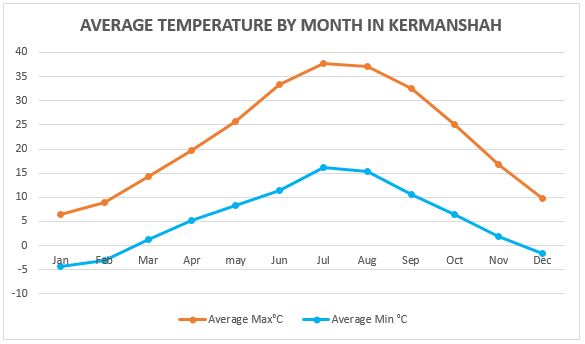 Traveling to Kermanshah in winter is not recommended at all since snow cover is seen in the region, and some roads may be even blocked. 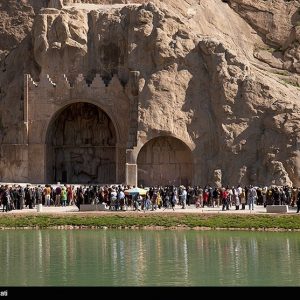 Things to Do in Kermanshah: The Ideal Itinerary for 4 Days

In this 4 days tour, you will enjoy visiting the historical site as well as villages in Kermanshah. You will visit the UNESCO world heritage sites and remaining from the Sassanid and Achaemenes era and also the hidden villages of West Iran.