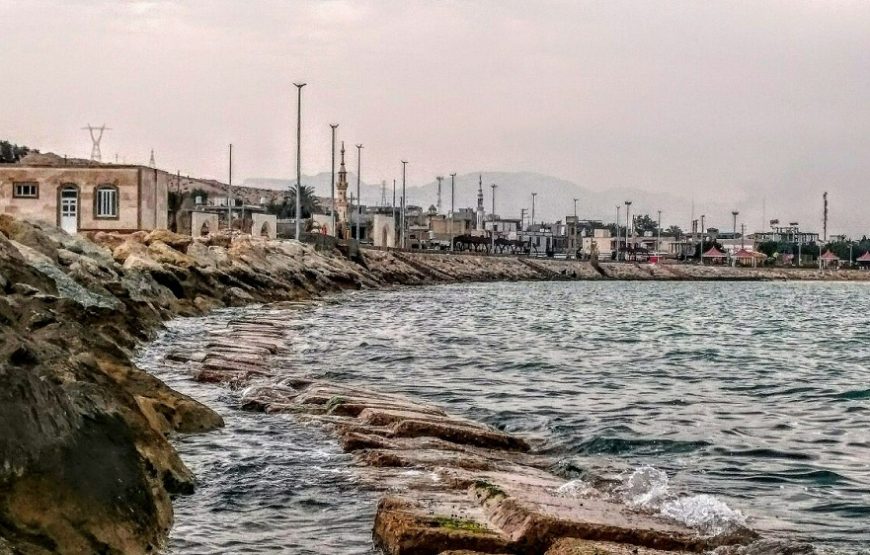 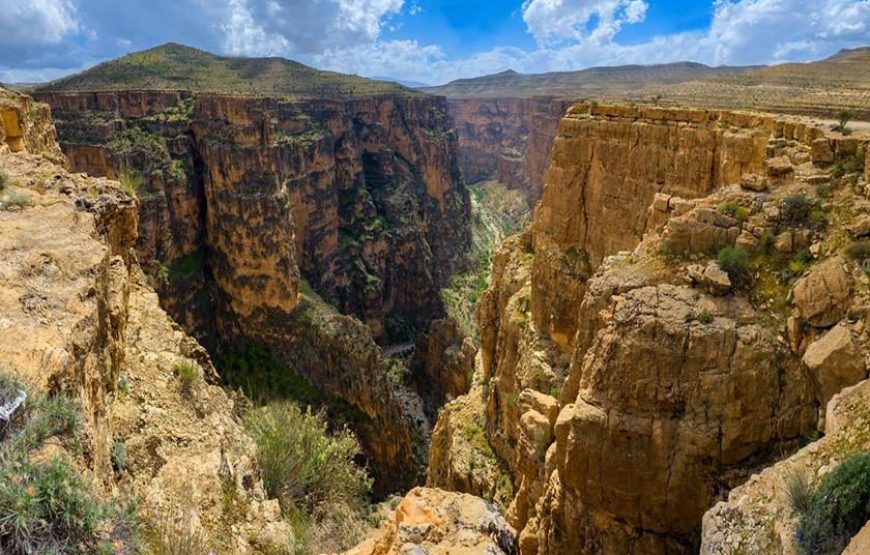 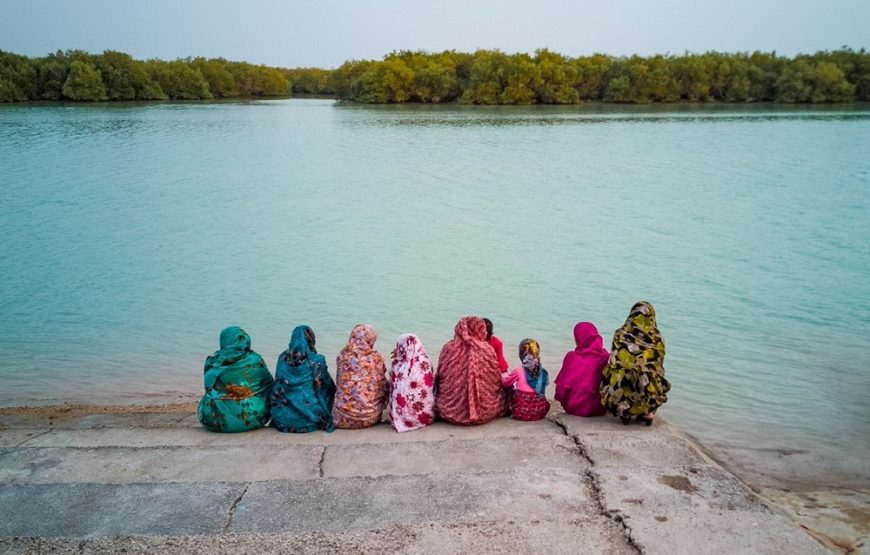 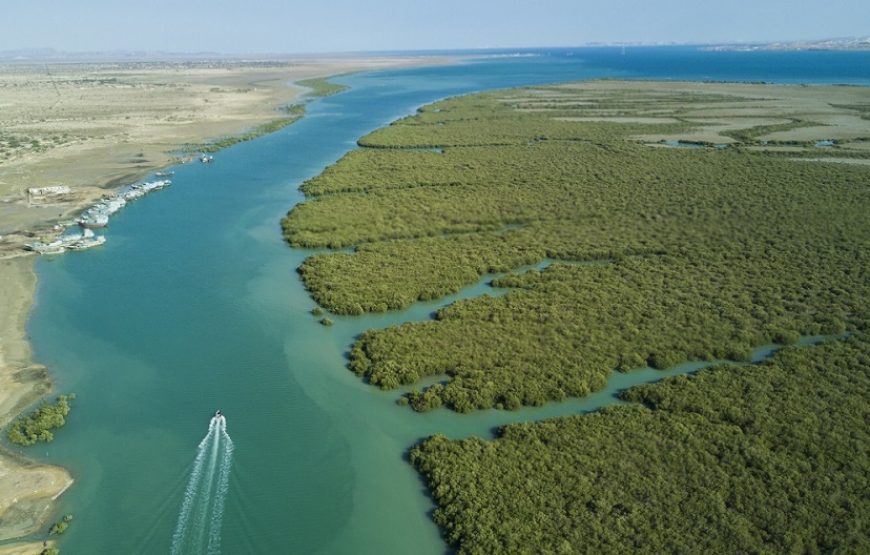 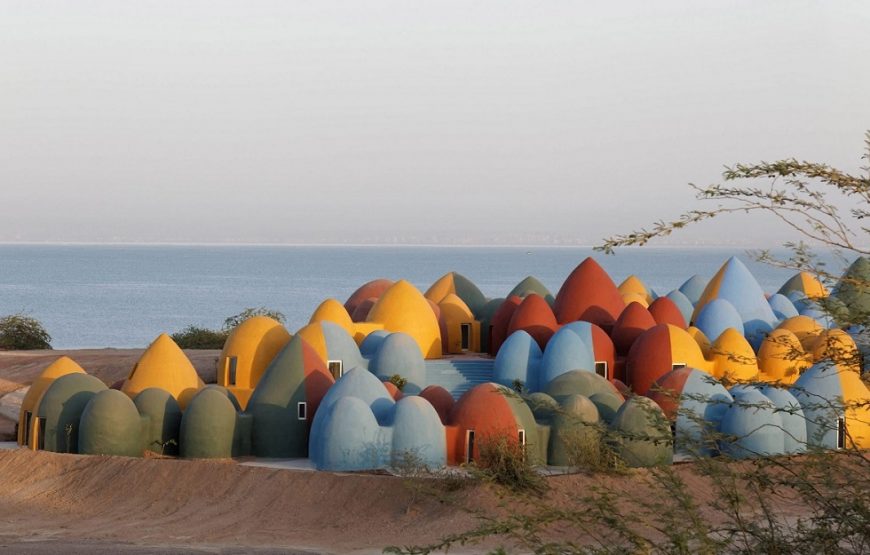 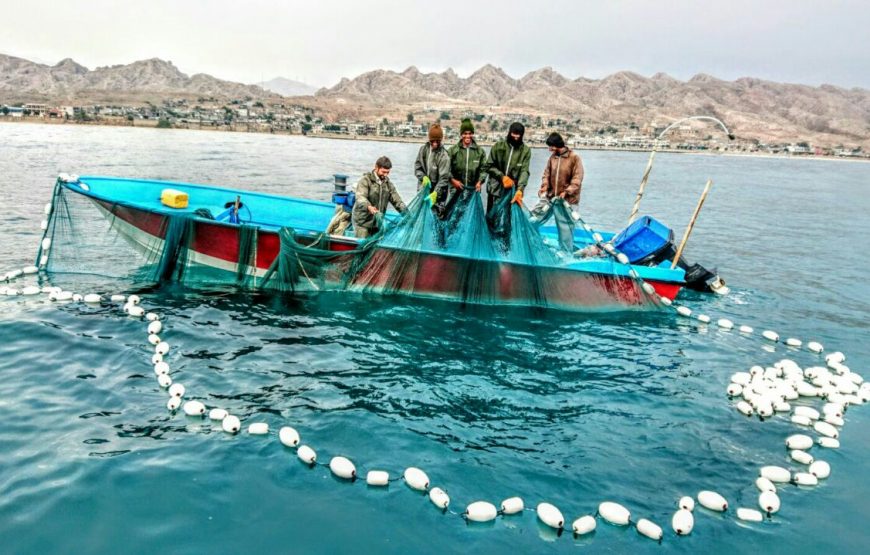 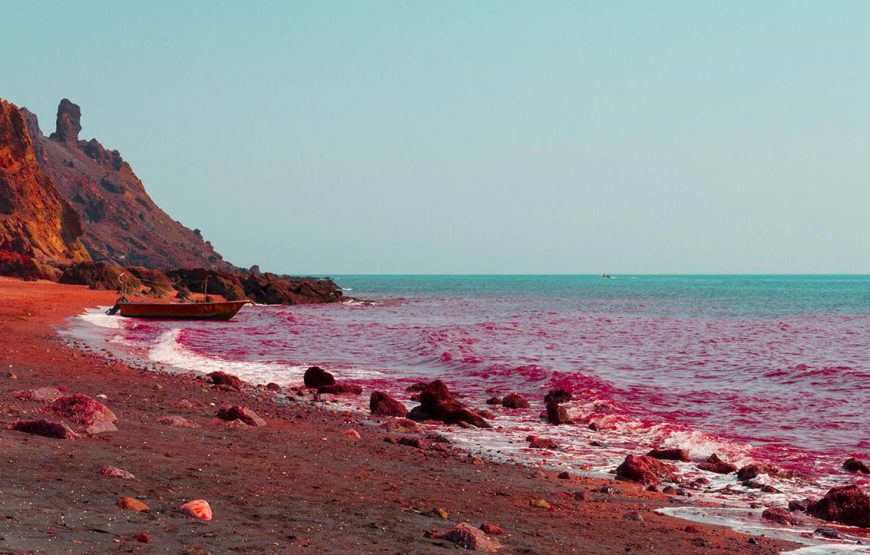 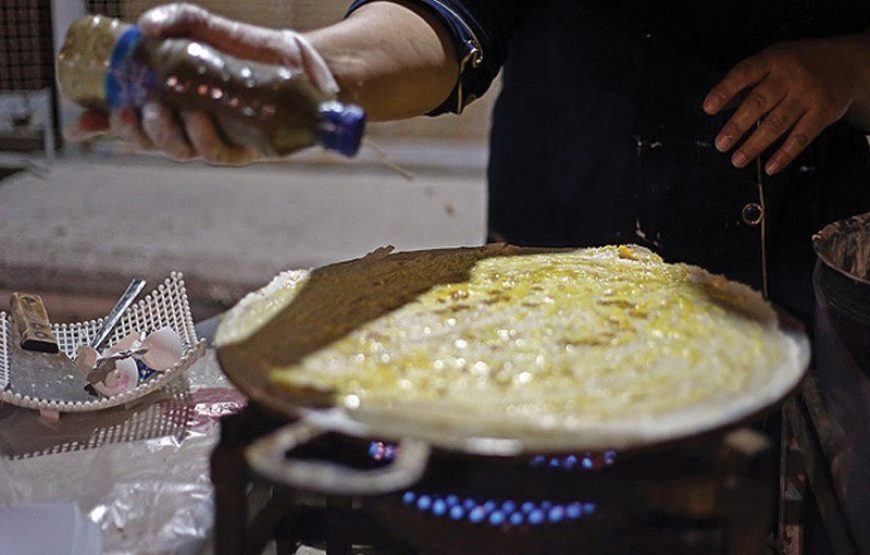 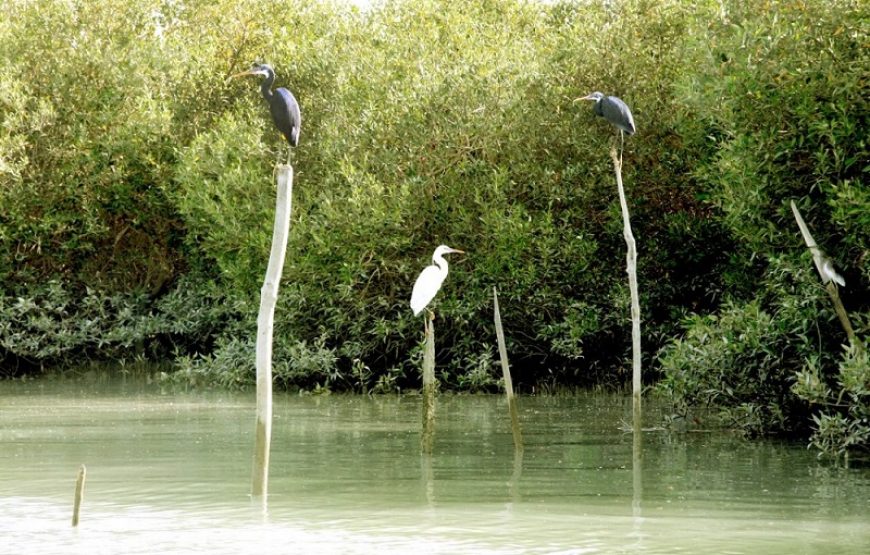 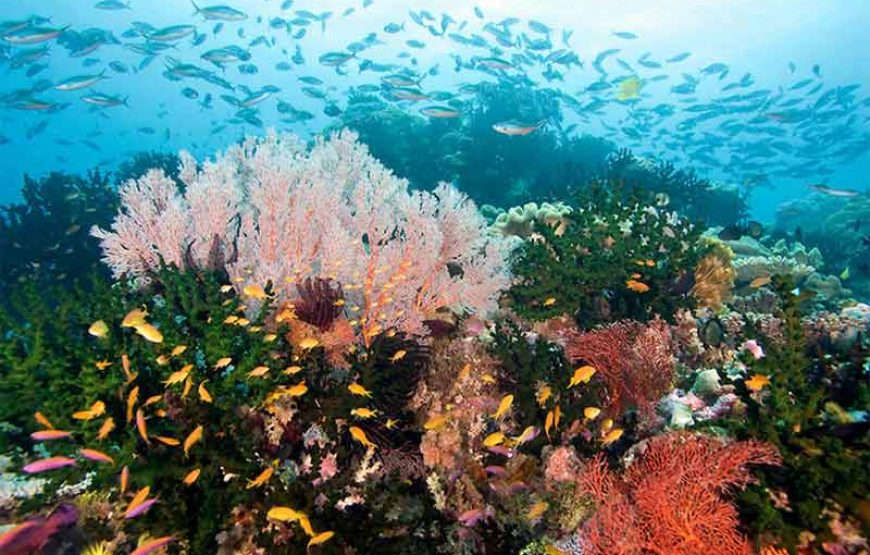 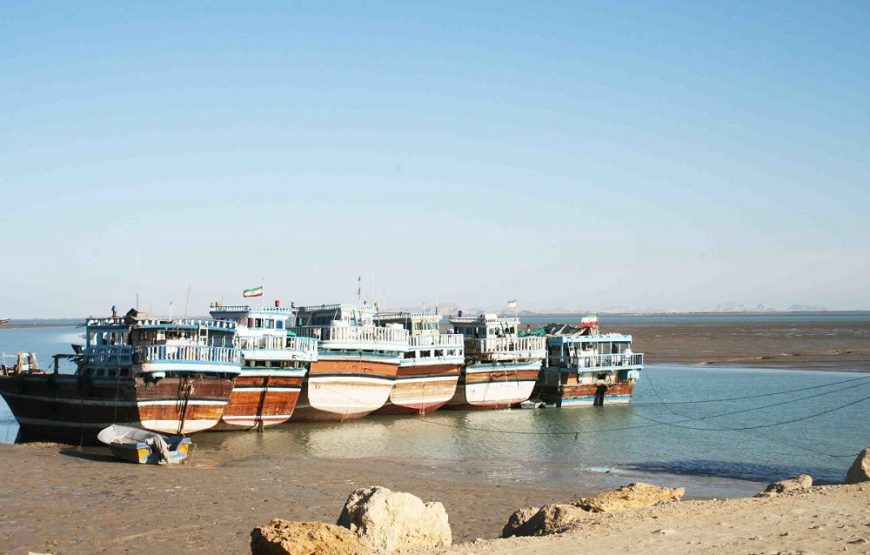 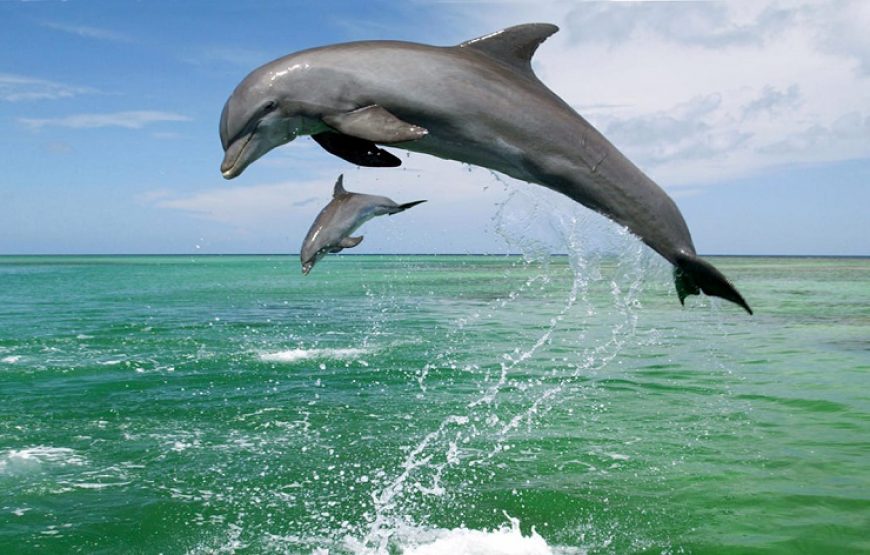 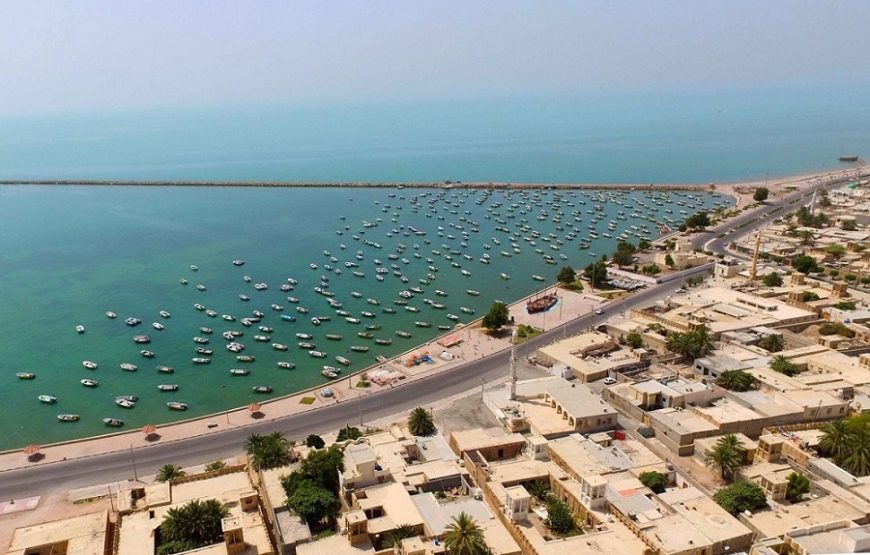 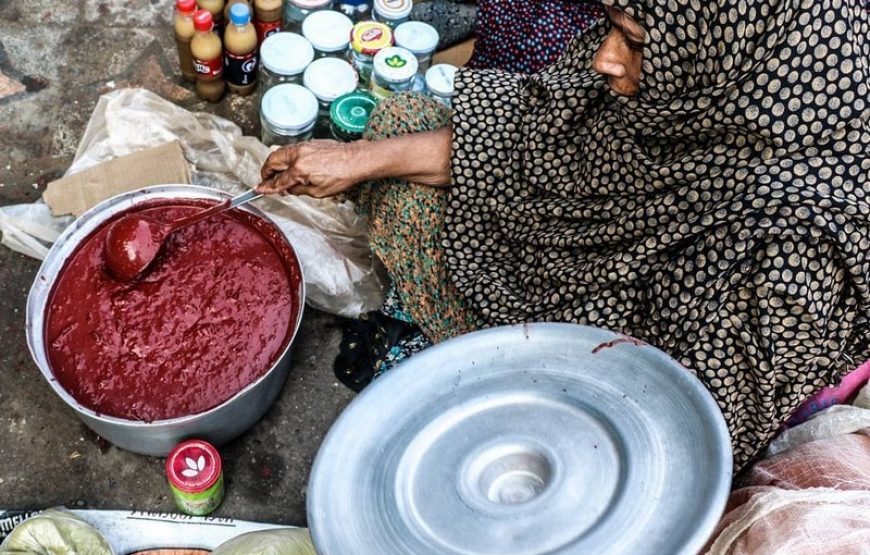 Having a four-season climate with the diversity of ancient cultures makes Iran a fabulous and exciting destination to travel to. This trip is going to be heaven for those who love seafood, aromatic spices, and Mediterranean cuisine and climate.

The specific climate conditions of Hormozgan Province as being close to the adorable Persian Gulf has created a spotless environment for interesting food biodiversity. The culinary culture of the Persian Gulf Islands extensively differs from the people of the rest of the country. The -based on seafood- cuisine plus the variety of scented spices, especially peppers are the essential part of this unique food culture.

Moreover, the Indian community who lived in Hormozgan province for years has affected the local cuisine enormously. Several bread types and local foods such as Hawari and Pakora have been inspired by Indian ways of cooking; even now most of the spices are imported from India.

Apart from being a trade route, Hormozgan also witnessed the exchange of races and cultures which has given birth to unique cultural treasures! Hospitable Bandari people’s features resemble faces from the northern lands, Africa, Arabia, and India. This itinerary could be a magnificent choice for experiential travelers interested in full immersion in matchless cultures… 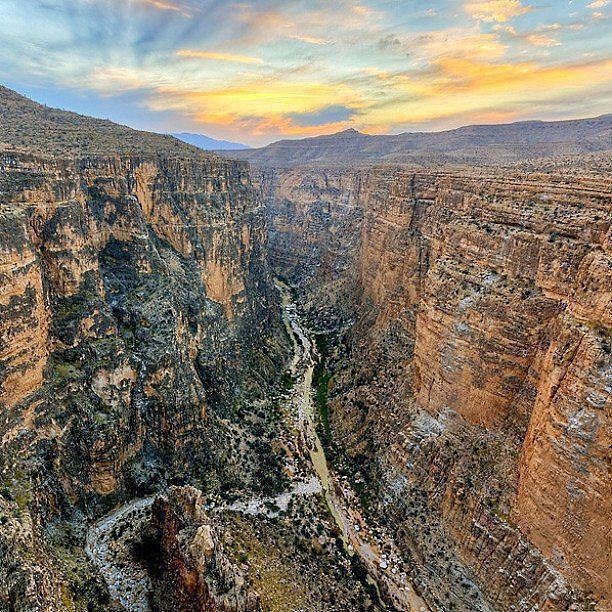 We start our journey from Shiraz by driving to ancient Siraf port; the heart of the Persian Gulf through the eye-catching landscapes of the Zagros Mountains (350 km).
En-route we will visit Qaleh Dokhtar (overlook) and Haygher Grand Canyon of Iran.
Siraf port used to be the commercial pumping heart of ancient Persia where historians believe the famous Sindbad is coming from!
Overnight Siraf Port 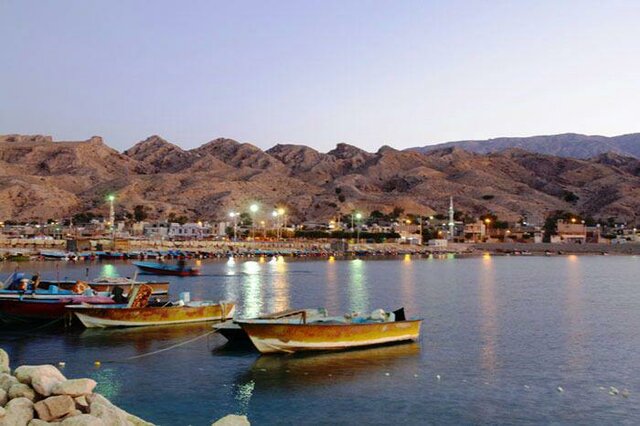 Siraf Excursion including Nasuri Castle and Lir magnificent water reservoirs and Ancient Cemetery.
If you like diving, you can experience the fascinating coral reef of the Persian Gulf!
Overnight Siraf Port 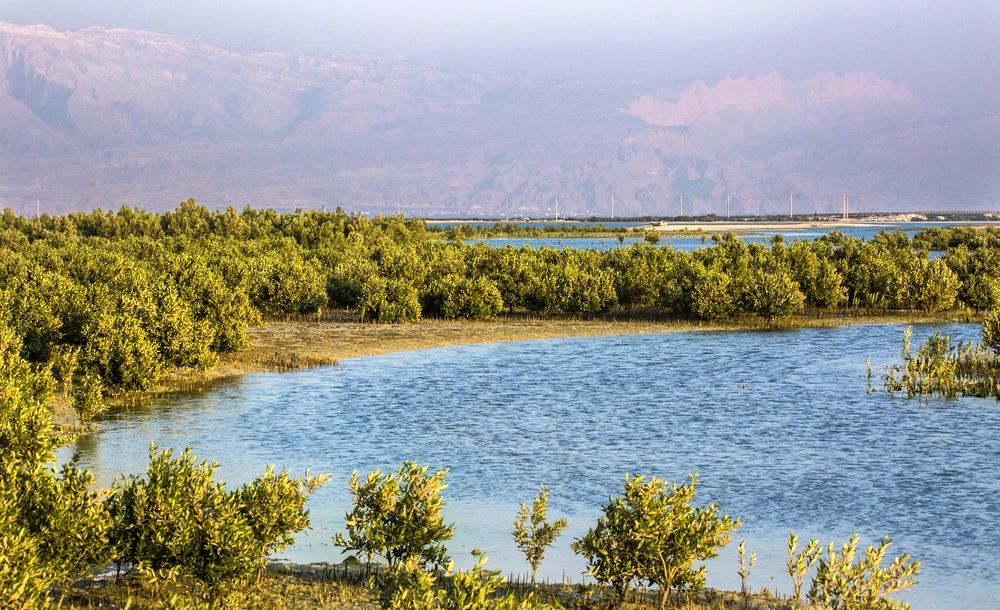 After a soft sea trip in Siraf, we drive to Ziyarat fishing village through the main supplier of oil of Iran (South Pars Gas Complex) along the coastline (111 km). En-route we will visit Nayband National Park including Mangrove forest.
Overnight Ziyarat Village 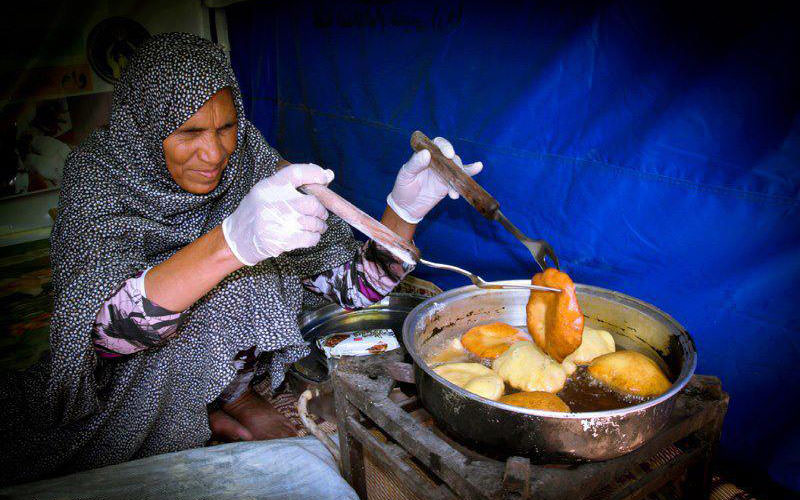 Having breakfast, we will be heading to Khamir Port along the coastline (323 km). We will visit Bandar Kong outstanding old town.
Overnight Khamir Port 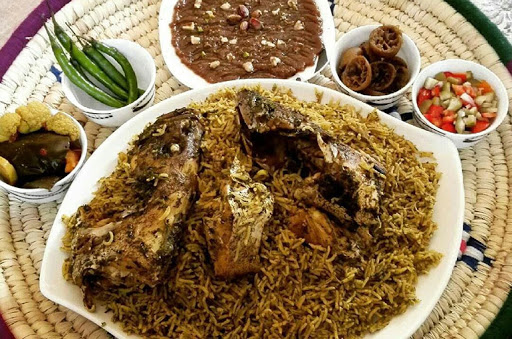 Khamir Port (Bandar-e Khamir) excursion; Today you will have your breakfast at Mardo Island and then we will have a great excursion to Varmi Island to watch special jumping fish and Snapping shrimps. You will also have the chance to join local fishermen to experience Razor shell hunting.
This biosphere reserve is including the limited number of existing gulf IBAs (Important Bird Area) that provide you a special opportunity to watch some rare species of birds. Make sure you won’t forget your binocular!

In the evening we will join the locals to cook our dinner and get familiar with this rich local culture and cuisine.
Overnight Khamir Port

You like swimming, Don’t you?!
Today we are going to visit Siahkosh Hot Water Spring River and Latidan Ancient Bridge (the longest bridge of the Safavid Empire 16-18th century AD)
In the afternoon we join a local music gathering.
Overnight Khamir Port 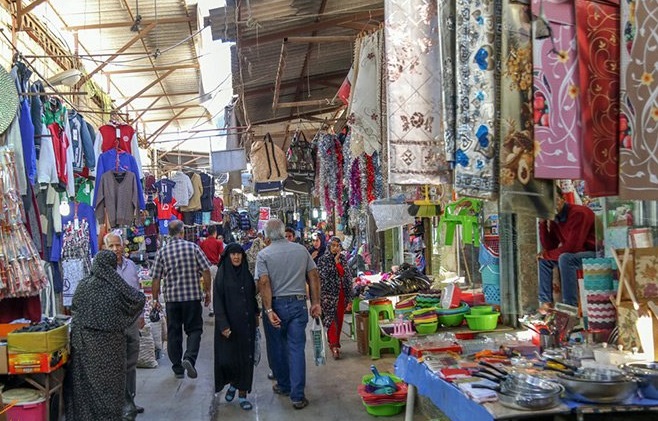 A sad goodbye to Khamir and head to BandarAbbas which occupies the most strategic position on the narrow Strait of Hormuz and the main commercial port of modern Iran.
En route we will visit unbelievable Petroglyphs of Dehtal; Hormozgan province.
Overnight Bandar-Abbas 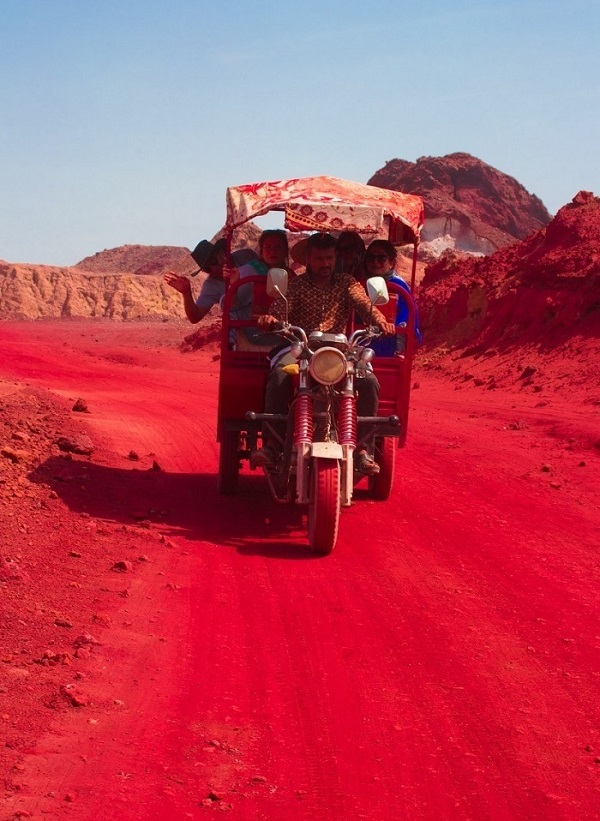 Hormoz Island Excursion; Today we will take a ferry to the mysterious island of Hormoz (1 hour).
On this wonderful and colorful island, we will visit Hormoz Portuguese Castle, Rainbow Valley, Salt Goddess, Silence Valley, The Valley of Statues, and Red Beach.
Ferry back to Bandar Abbas.
Overnight Bandar-Abbas 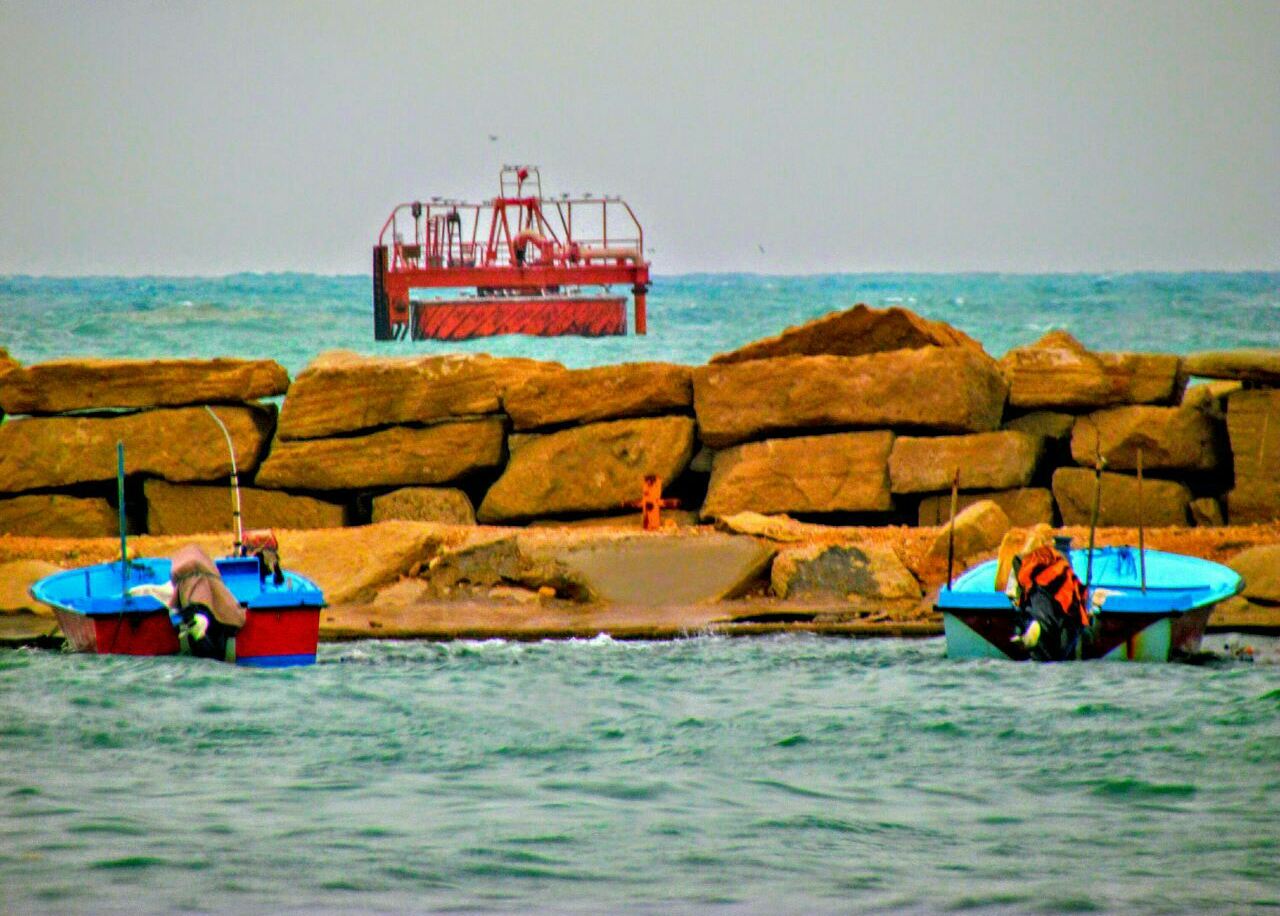 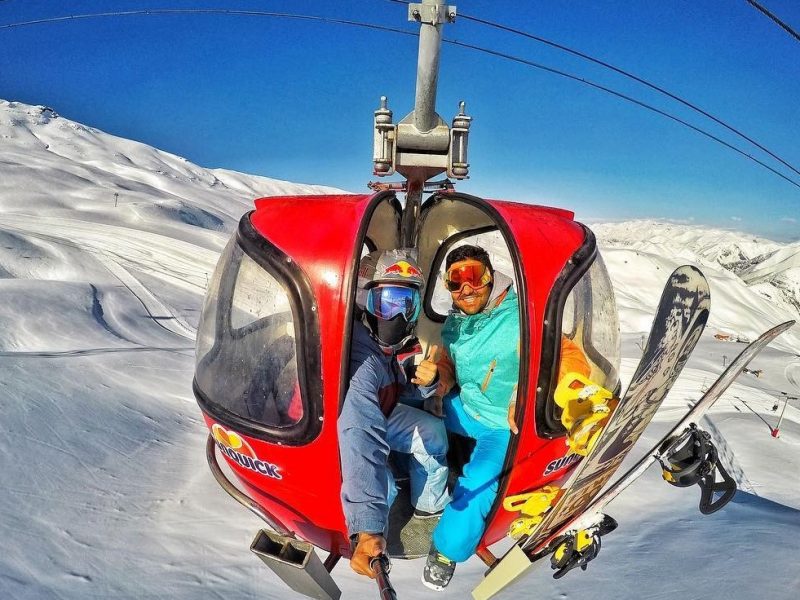 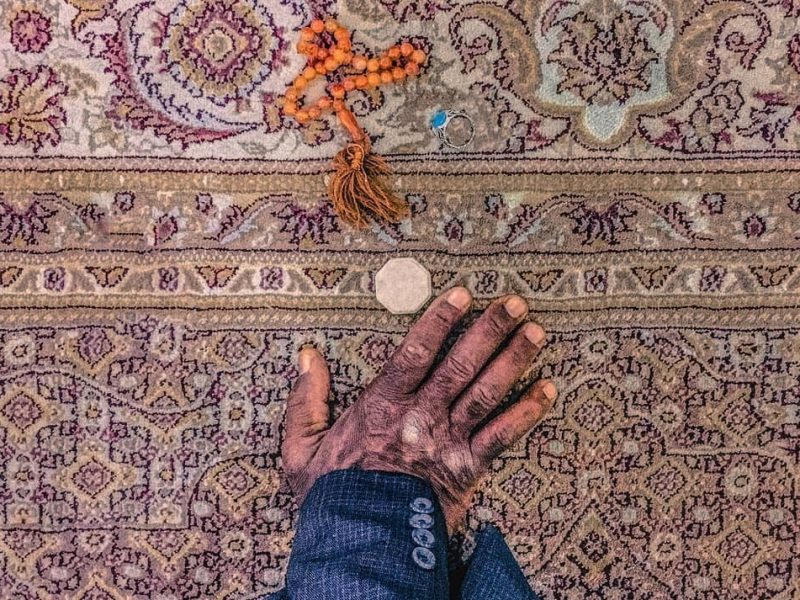 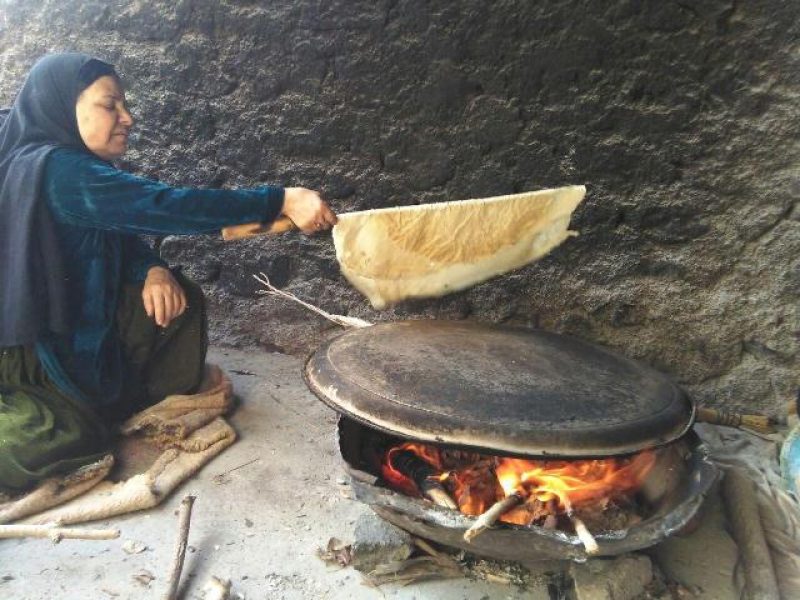 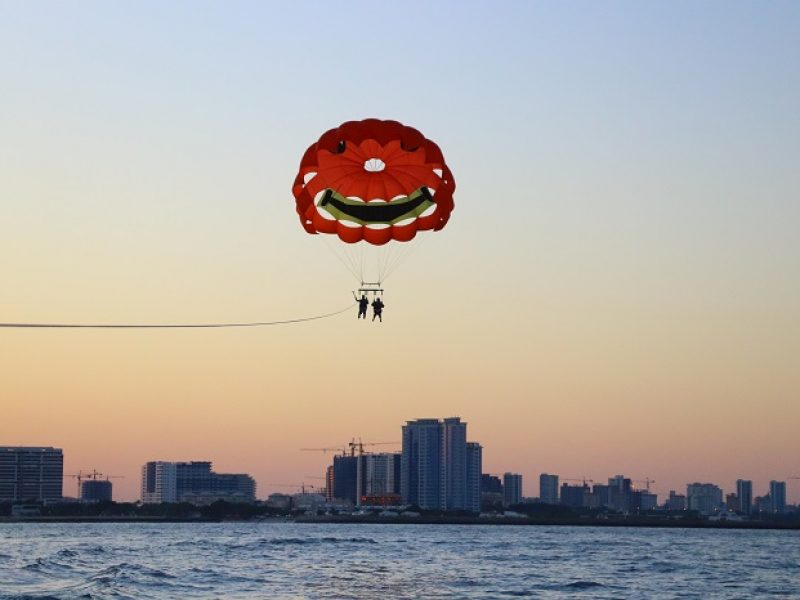