We’re Friendly Iran, a creative young group loves to learn and collaborate to be able to create experiences people love, through years of travelling all over our homeland, Iran.

At the Tour Factory of friendlyiran, we strive to offer our international guests a local vibrant experience, itinerary and service. We aim to present Iran in a different colour and introduce its culture more clearly. As our name suggests we would like to plan your trip as a friend, therefore in addition to the usual itineraries we have also created many different ones such as Persian clothing, playing local music, handicrafts and calligraphy, cooking tours and many new doors which may not be available to others, the real Iran, the real people and their real life-styles. Our friendly touch in our tours has attracted many people from all walks of life. 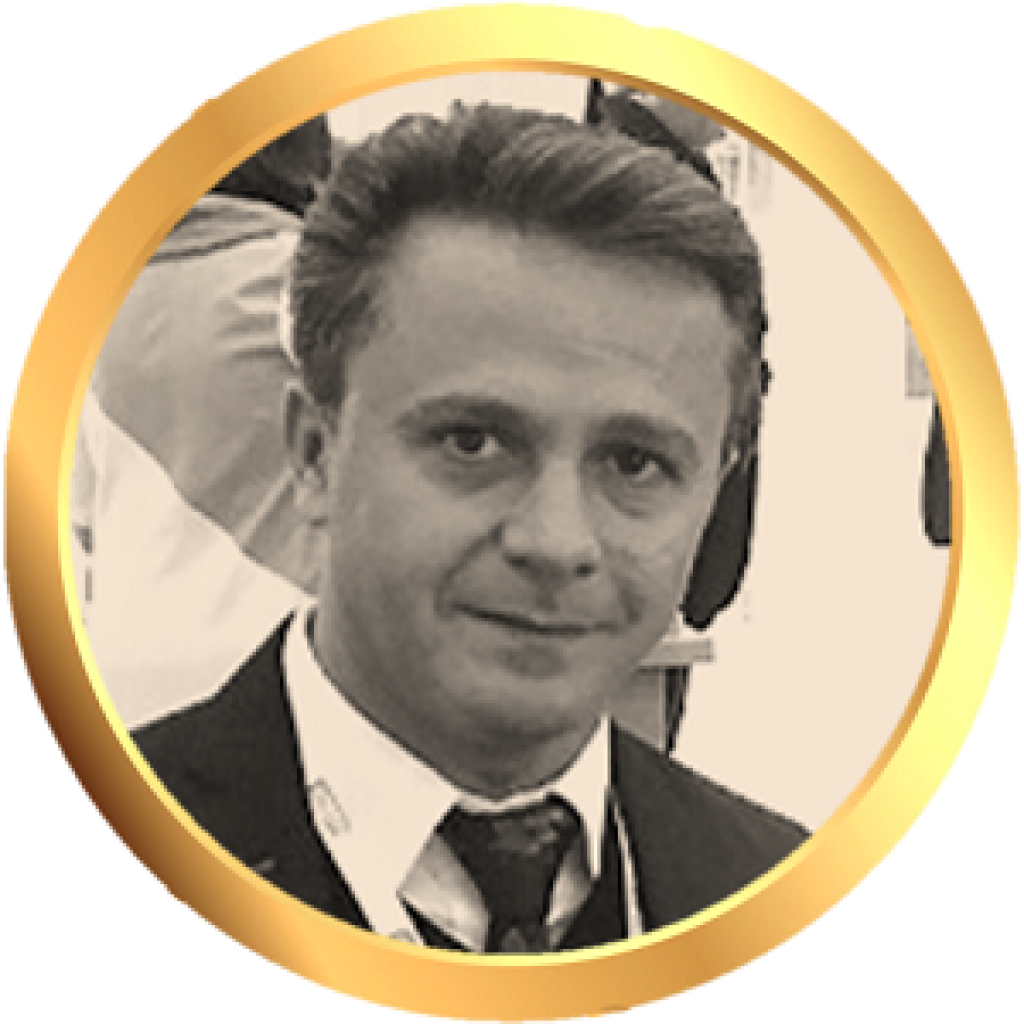 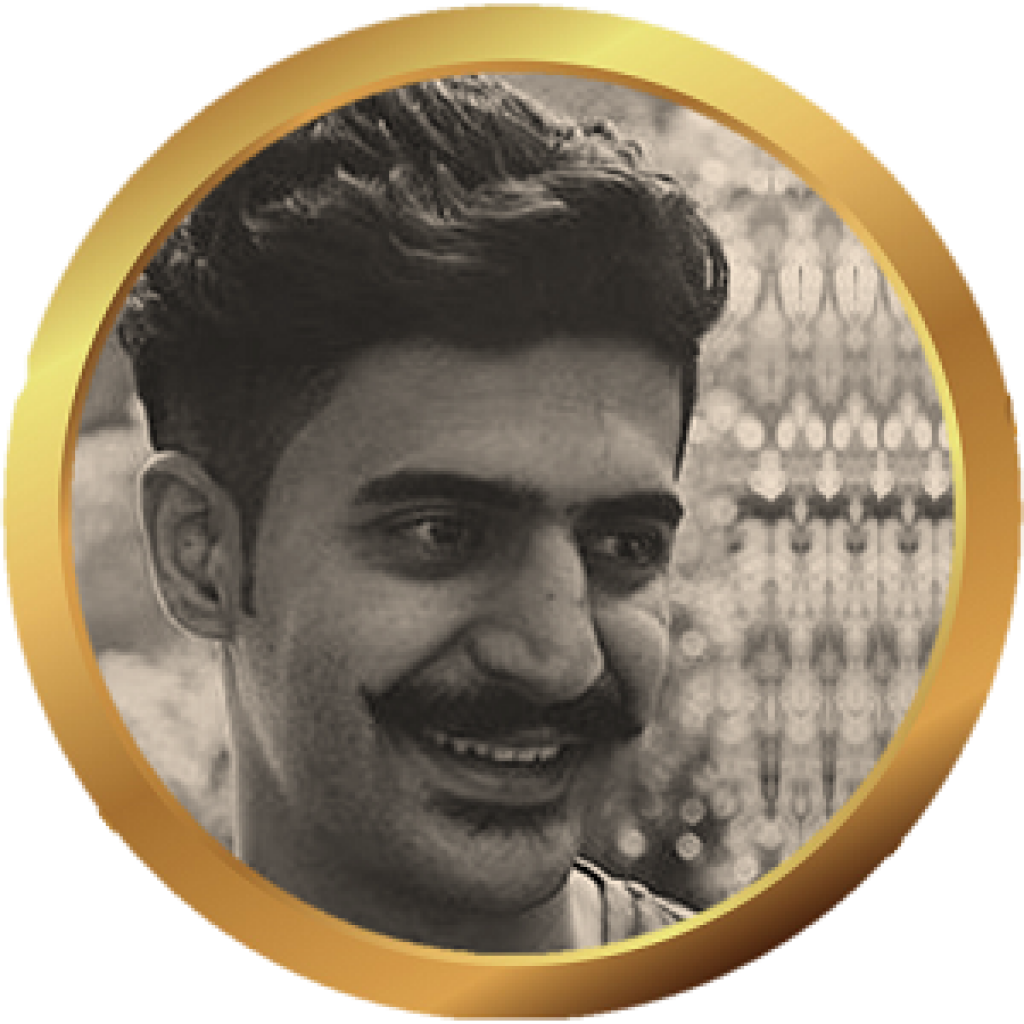 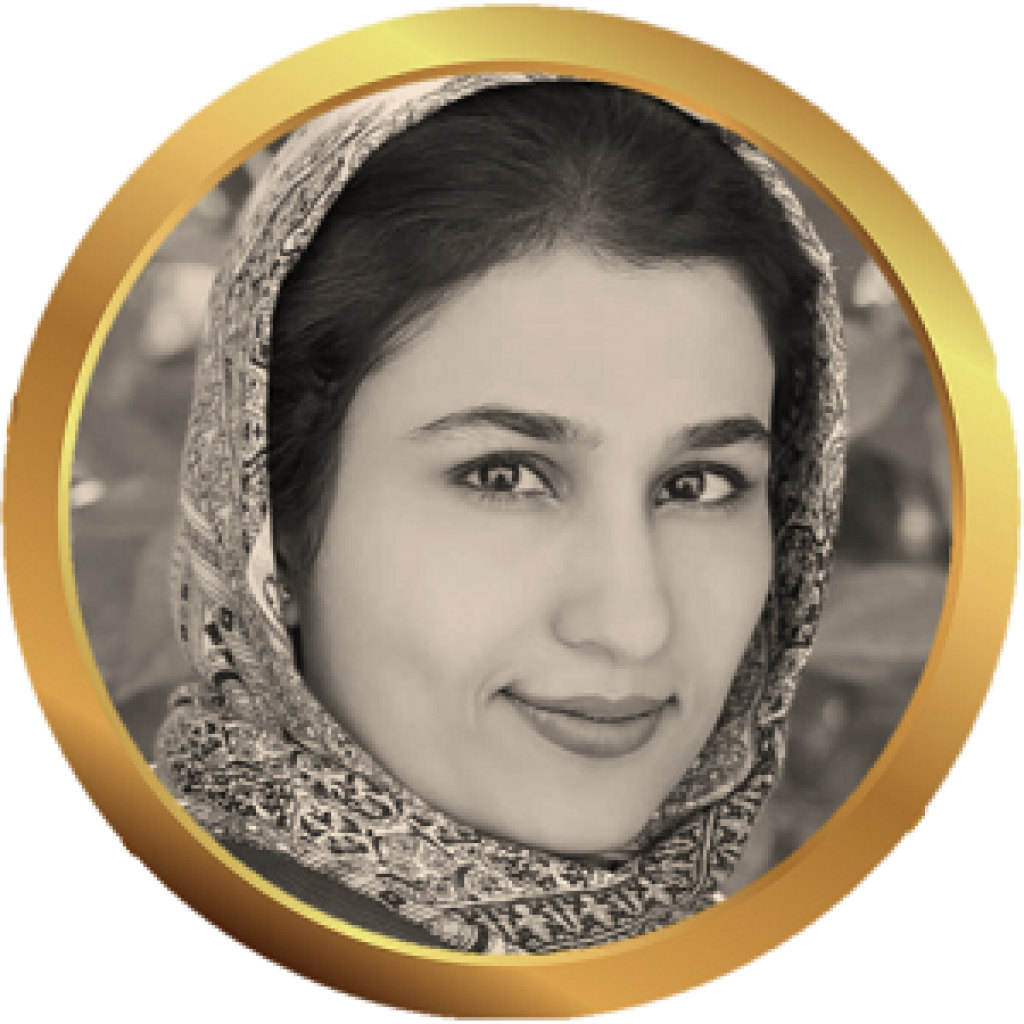 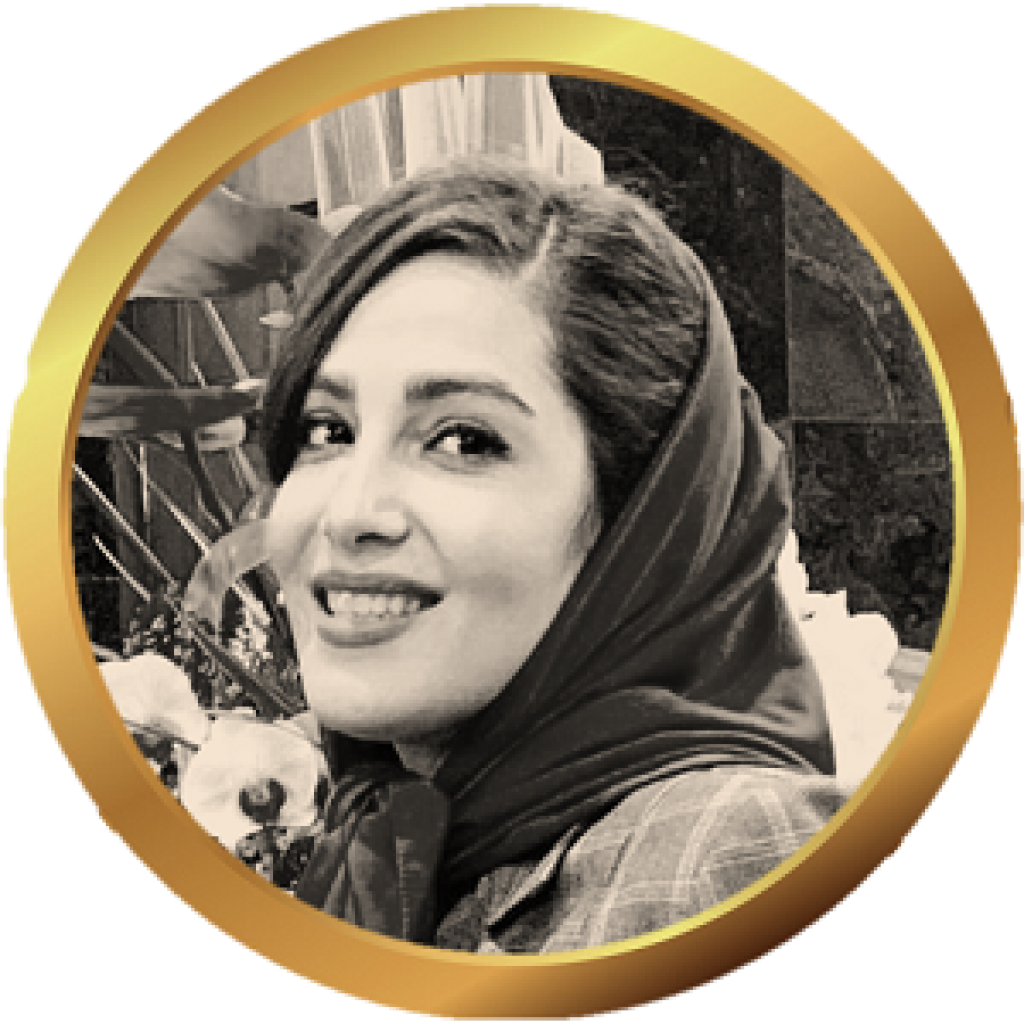 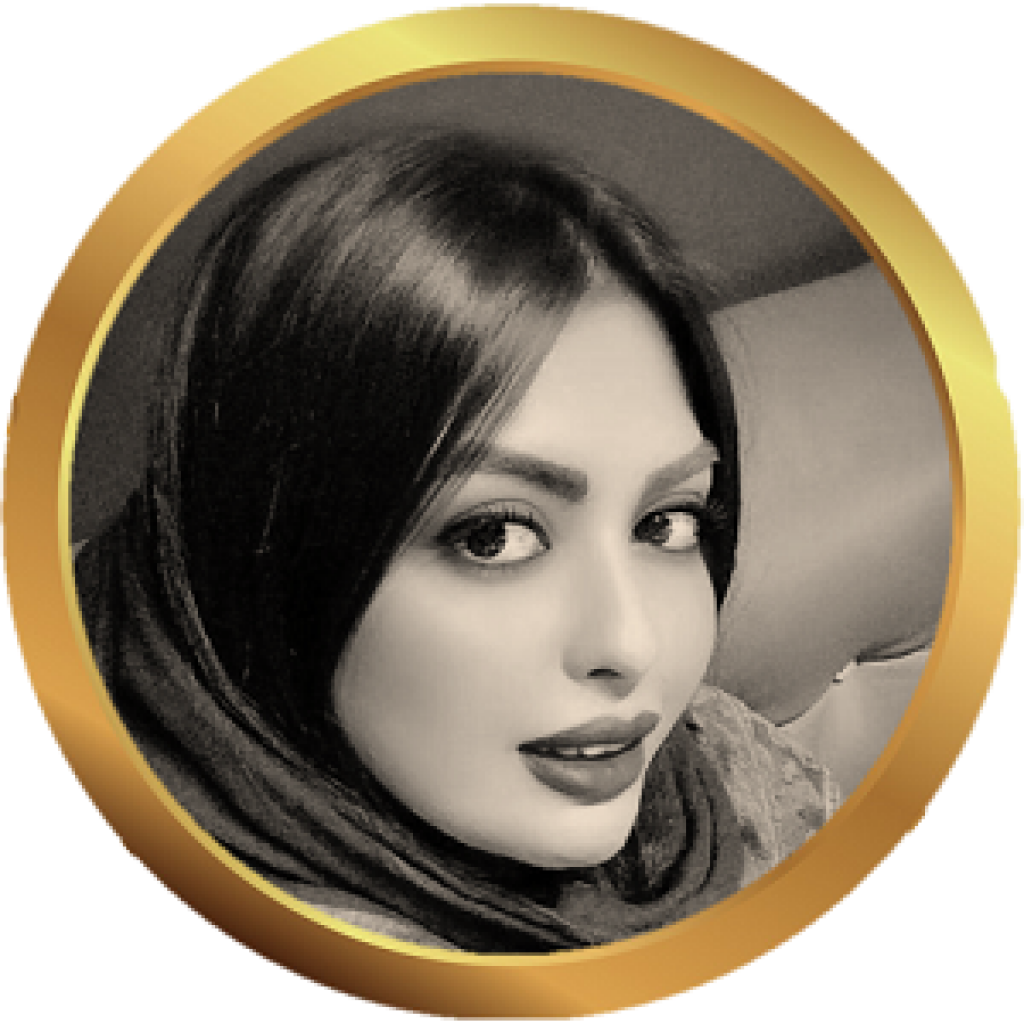 FriendlyIran Base and Back Offices

Gardeshgaran e Shahre Raz, with more than 20 enthusiast and experienced members is a pioneer in Outbound, Inbound and Domestic Tourism of southern Iran.

We are honored to provide hundreds of travelers with best of services in all Iran travel destinations and Worldwide famous destinations such as China, Thailand, Malaysia, Indonesia and etc. in Far East and Swiss, Spain, France, Italy and etc in Europe.

To know more about the Story of FriendlyIran just scroll down! 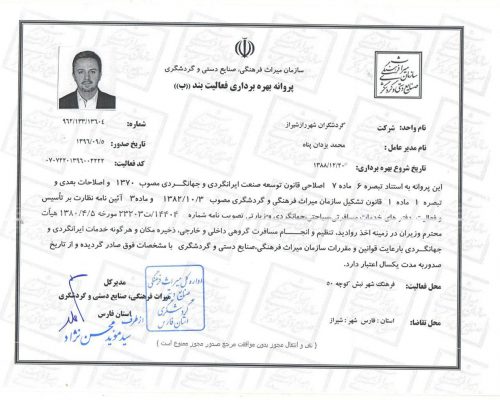 We are a young, expert and responsible team who are enthusiasts of updated tourism knowledge and with our 20 years experienced Brand, we do our best to provide Online Tourism Services to our Customers and play our role as a reliable receptive tour operator between our corrivals. Our delighted passengers are the real ambassadors of us and our team will enjoy the spiritual and material benefits of this industry.

Our mission is to provide quality excellence and a value for your money and a Vibrant experience through a true insight into Persian life style. We offer you unique travel packages to suit your budget and choice.

… Our mission as storytellers is to change the way you look at us and our culture. To us, you are a friend and when there is a good tale to tell, our team of guides, tourism masters, translators, researchers and an engineer! are trying to help you hear it in the best possible way.

We stepped in a path to be Iran travelers first choice and the best long-term marketing partner for the tour elements suppliers and stakeholders. Moreover, our target is to achieve the highest percentage of customer satisfaction in Iran.

We do our best to create a different and unique experience of our ancient country with over 7000 years of culture and history and show the hidden face of mysteries Persia, relying on knowledge, precious experiences, professional and Committed personnel and our reputation in the local market.

Friendlyiran is an innovative and keen team with the dedication to be impressive while we believe that our clients bring us the values. In our culture, “guest is the God’s friend”, our customers are our guests and also an extension of our friendly family. We treat them with love and trust, and we focused on their special requests in order to have more fun during their tours and get to overall satisfaction.

Our values describe the positive and optimistic nature of our organization and staffs.

Our experiences, skills and knowledge help us to shine in our local market. The experiences we have got from our clients’ feedbacks and Continuous learning are our precious treasure to continue our path to success.

Team working amongst staffs and stakeholders and our collaboration is the key of growth in our business. Moreover, sharing valuable experiences, opportunities and resources is the best solution for mutual prosperity. Our friendly team with robust enthusiasm, working in a safe and pleasant environment, feels valued for the contribution is made.

Loving our job and enjoy working in our office are not added bonuses to the success, they are the bases for being prosperous in offering our services with a permanent motivation.

Fair treatment amongst employees, trustworthy and honest relationships with our guests and business partners for over 22 years bring us creditability and reliability. Being true on our ideals and values ensures our perfect services.

“A focused mind is a happy mind” and results in work high quality, creativity, productivity, and stress relief. We focus on our resources to apply them to the fullest potential. In addition to a focused team, each of our mono brands is specially designed for a certain niche and a particular product that represents our significant competitive advantage.

We always do our best to provide the highest quality of customer service, so we are continuously analyzing our tours’ processes and ourselves in order to become the best tour operator in Iran.

We cooperate with our employees, suppliers, business partners and stakeholders with full respect to maintain a long-term win-win business relationship to improve tourism industry in our own country.

Friendlyiran and charity for making a brighter future possible for little children. Definitely you’ve heard this proverb: “Do not give him a fish teach him how to fish”.

Education is what Friendlyiran tries to add to orphans’ life. If you like to shine some light in an orphan’s life and put smile on their lips here is a chance, take it…

make your own charity.

Friendlyiran Travel Agency has roots in the South of the country, Shiraz, with the local name of “Gardeshgaran Shahr-e Raz Shiraz” and a world of experience in travelling inside and outside the country as having young staffs in love with the world of travel and its varieties.

Shiraz itself is one of the major destinations of the country as being the city of Gardens, honorable poets and locating near Persepolis and Pasargadae ancient cities.

At friendlyiran we try to make Persian Experiences and Persian Stories, who would be better to share the real stories about a country than the people who are living inside it…

The year of 1994 two young friends decided to open a travel company named Simorgh Aftab Shiraz after a failure from an aviation company, Simorgh was a big start in tourism industry but because of dramatic event and a loss of a dear friend, Behrooz Qanei, they closed the company.

On 1997 the two young guys with having years of experiences in tourism established “Gardeshgaran Shiraz Travel Agency” and start their profession as both outgoing and incoming tours, it was one of the first incoming tour operators in shiraz.

10 years after that, 2007, Mohamad friendlyiran’s CEO, decided to open the second branch “Gardeshgaran Shahr-e Raz Shiraz” and since he was interested a lot in incoming tours, the second office day by day became more successful in Iran incoming field and has been titled as the best incoming tour operator in Iran. Mohamad himself has studied MBA and his PH.D. is in Business Administration (DBA), although he has finished his education, he is always interested in learning new things and updating his information. This is why he has traveled to more than 50 countries, participated in international fairs such as Fitur, ITB, JATA, ATM, WT, met valuable masters and amazing men like Brian Tracy, Allen Pieze, Nick Vujicic, Kevin Gaskell and Marcos Rack and also joined the educational tours of visiting famous companies and brands.

On 2011 the third branch, “Gardeshgaran Sarv-e Shiraz”, started its activity as a Tourism Academy. The idea was in Mohamad’s mind for many years because of enjoying his job as a teacher in tourism institutes. Having a private institute enables him to help many young people follow their dreams and became tour guides, travel agents, photographer, reception in hotel, and have learned many other skills about Persian handicrafts. 2000 students have been educated from Sarv tourism institute till now. Now a days 70 staffs has joined the three branches of Gardeshgaran Group.

friendlyiran is proud of having Young, Creative, and Knowledge-based staffs who tend to achieve big goals. We are here not just as a travel consultant but also as a friend to help you out before, during and after your Iran Visit. Put your steps in Friendly path and come with us to make new stories…

your team are so professional