Iran is a country with four seasons, 2500 years of history, diverse nature, and unique culture. Nowadays, most of the people from all around the world know Persia or Iran through its carpets, caviar, or oil. Yet, Persia has one of the richest and oldest cultures in the world.

Here is some information about Iran:

The capital of Iran in Tehran and Persian is Iran’s national and official language. Iranian people are from Aryaee tribes.

Shia Islam is the dominant religion in Iran, although other minorities such as Christians, Jews, and Zoroastrian has also been adopted.

Recent discoveries indicate that centuries before the rise of the earliest civilizations in Mesopotamia, Iran was inhabited by the human race. The written history of Iran dates back to 3200 BC. It begins with the early Achaemenids, The dynasty under which the first Iranian world empire blossomed.

Cyrus the Great was the founder of the empire, and he is the first to establish the charter of human rights. In this period, Iran stretched from the Aegean coast of Asia Minor to Afghanistan, as well as south to Egypt. The Achaemenid Empire was overthrown by Alexander the Great in 330 BC and was followed by The Seleucid Greek Dynasty.

After the Seleucids, we witness dozens of successive dynasties reigning over the country. These dynasties are comprised of Parthian, Sassanid, Samanid, Ghaznavid, Safavid, Zand, Afsharid, Qajar, and Pahlavi. In 641, Arabs conquered Iran and launched a new vicissitudinous era. Persians, who were the followers of Zoroaster, gradually turned to Islam, and it was in the Safavid period when Islam (Shia) became the official religion of Iran.

In 1979, the nation, under the leadership of Ayatollah Khomeini, erupted into revolution, and the current Islamic Republic of Iran was founded.

Throughout Iran’s long history, in spite of different devastating invasions and occupations by Turks, Mongols, British, Russians, and others, the country has always maintained its national identity. It has developed as a distinct political and cultural entity.

Iran is heaven of economy and is an important place in the global economy due to the possession of the oil industry, petrochemical industry, natural gas, etc. generally, Iran’s economy is a mixture of central planning, state ownership of oil and other large enterprises, village agriculture, small-scale private trading, and service ventures. It is ranked as an upper-middle-income economy by the World Bank.

Iran has one of the unique climates among the world’s countries. The difference between the hottest and coldest temperatures sometimes reaches more than 50 degrees Celsius. Generally, winters are cold with heavy snowfall and subzero temperatures during December and January. Spring and fall have relatively mild weather conditions, while summers are dry and hot. All over a year, Iran is a great place to travel. If you travel during the summer months, you will enjoy the sunshine. If you go during winter, you will have a chance to ski. In spring, you can visit a variety of festivals as Nowrooz. You also have an opportunity to travel to deserts or the greenest and rainy places in Iran at the same time with just a few hours’ time difference. So close your bags right now and get ready to travel.

Iran consists of the Iranian Plateau, except the coasts of the Caspian Sea and Khuzestan Province. It is one of the most mountainous countries in the world. Its landscape dominated by the mountain ranges that separate various basins or plateaux from one another. The populous western part is the most mountainous, with ranges such as the Caucasus, Zagros and Alborz Mountains; the last contains Iran’s highest place. Mount Damavand at 5,610 m (18,406 ft) is the highest mountain on the Eurasian landmass west of the Hindu Kush.

The northern part of Iran is covered by dense rain forests called Shomal or the Jungles of Iran. The eastern part consists mostly of desert basins such as the Dasht-e Kavir, which is Iran’s largest desert in the north-central portion of the country, and the Dasht-e Lut, in the east, as well as some salt lakes. This is because the mountain ranges are too high for rain clouds to reach these regions.

Rial is the currency of Iran that is also shown in abbreviated form “IRR” in global transactions. Iranians commonly express amounts of money and prices of goods in Tomans,(One Toman equals 10 Rials), It means one zero is skipped when Toman is used instead of Rials. The main method of trading in Iran is through the use of cash. you can see more about Iran currency here

Persian cuisine has one of the complete ingredients. Main meals in Iran are often served from 12 pm-15 pm as lunch and dinner is often eaten after 8 pm. Stews and Kababs are well known Persian dishes. When talking about Iranian food, you will face with a variety of menus based on a different region of Iran. However, you can find several good international restaurants which offer Chinese, Japanese, Italian, French food and all kinds of fast food in every city. All types of meat are served like chicken,fish, lamb, turkey, shrimp except pork, and alcoholic drinks, which are forbidden religiously. In this regard, all kinds of food in Iran should be halal (religiously approved).

Maybe the dress code in Iran is different from yours, but sometimes trying new and different clothes could be a pleasant experience. So you have a chance to taste it. Generally, in Iran, women wear a dress called “Manto” that is the same as your spring coat. They also wear a scarf and pants. Another usual form of clothing in Iran is chador. There is no force to wear Chador except when you want to visit holy places. Iranian dress code for men is more comfortable than women. Their dressing is the same as male dressing all around the world, but it is better not to wear short trousers. So don’t think of all those colors are just black and white, you are free to choose any colors that you like.

The handicraft is the art of every country that sometimes we take it as a symbol of that country, or we get it as souvenirs for our dearest or ourselves. Due to Iran’s ancient civilization, rich cultures and also geographical location have essential roles in the world arts and crafts. Choosing handicrafts from Iran, you will face with a variety of choices that are even different in each region. You will find Iranian rug, Khatam woodcrafts, Mina (painting on metal), Handmade Ceramics, Ghalamkari, jewelry, and local traditional dresses as different handicrafts specific to this country.

You can have a long list of choices for buying a souvenir. Apart from handicrafts, Iran souvenirs are known as saffron, pistachios, carpets, and caviar.

Some Iranian customs: Iranians are warm, friendly, and generous individuals with a keen interest in foreigners and other cultures. If you travel to Iran for the first time, it is better to know some of their traditional behaviors like “Tarof”.

This is a kind of behavior for showing hospitality. A host repeats an offer several times, although the guest is free to accept or not but accept it. It shows politenessbringing small gifts like flowers or sweets if you are invited to an Iranian famiy house.

Upon arrival in Iran, you can buy a SIM Card, at the Iran airport or from reputable mobile internet services stores. MTN Irancel and Hamrah Aval are two valid sim cards in Iran that you can buy temporary (Etebari)sim card with reasonable prices from 5 USD $. Please notice that in Iran we have two kind of sim cards: Postpaid(Daemi) sim cards are more suitable for the Iranian with long-term services and monthly bills and Prepaid(Etebari )sim cards that are more appropriate for your trip to Iran, which are temporary, cheap and are always in control of your mobile phone costs, you can buy different types of Internet packages and charge it.

Now, you Have Prepaid cards that need Register your mobile number with fill out a registration form and need to have your passport copy to authorized dealer / Service Center Agent. Your mobile number will be activated as soon as the registration is complete. Through Guide_book of your Sim card, you can buy internet charges,Mobile charges and also check your account balance.

Furthermore, you can use some hotel’s Wifi free Internet connection. There is WiFi Internet available in most cafe shops, restaurants, and malls in Iran. Also, Internet cafes which are available all around the cities and big shopping malls and use their ADSL high-speed internet at a very low price.

About social App(Media) in Iran: You can use Whatsapp, Telegram, Linkedin, and Instagram in Iran easily and without filtering. Facebook and Twitter are blocked in Iran, but you can install VPNs to bypass the filtering.

Get the Friendlyiran app — Text yourself a link

Receive automated text message with a link to get the app 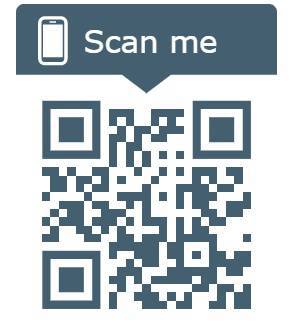