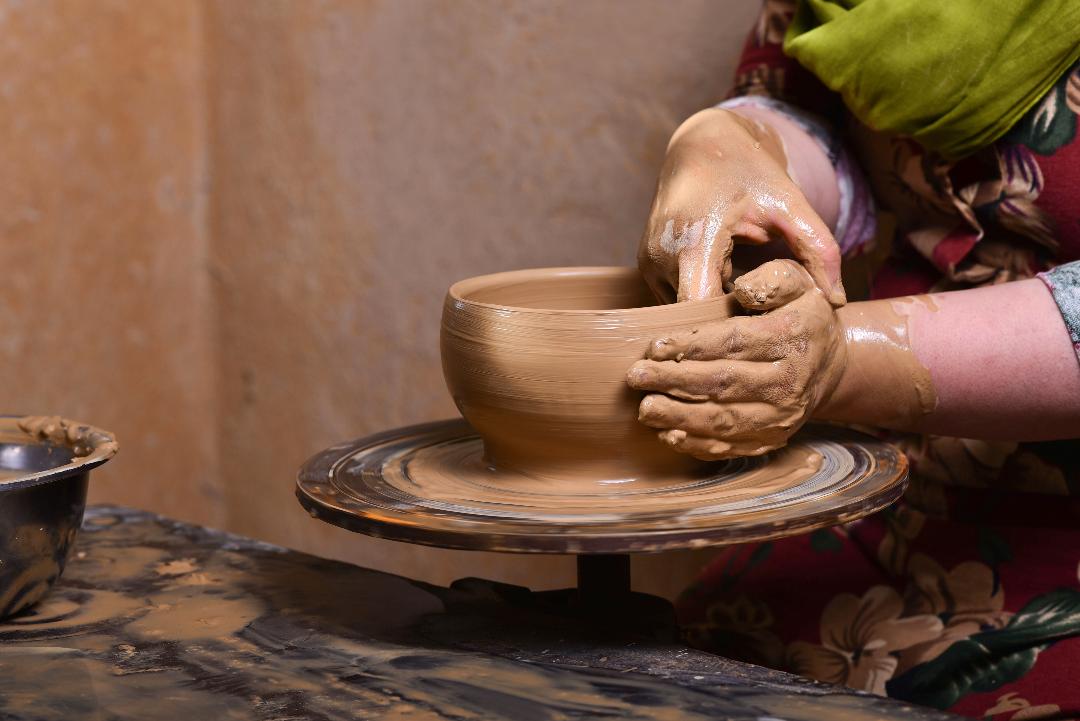 The art of Pottery has a remarkable place in Iran’s history. According to the earthen dishes and statuettes excavated in different ancient places since 8000 BC pottery has been made in Iran, places like Teppe Sialk in Kashan, Susa, Teppe Marlik in northern Iran, and also Jiroft in Kerman.

Khayyam, the famous Iranian poet has used Potter, Pottery workshop, and Pot as the symbols of God, the universe, and humans in his quartets, presenting pottery as a very important element in Iranian culture. The following Robaei (quartet) is one of the most famous ones:

In Modern Iran, many people are still busy with pottery as their job or as entertainment. In Lalejin or, the capital of pottery in Iran, located 20 km northwest of Hamadan, hundreds of earthen dishes, glazed in different colors, are produced every day. In Meybod which is a desert city near Yazd, the pottery dishes are ornamented with beautiful patterns like the sun, little birds, and fish and in Sistan-Baluchistan potter women paint geometric and abstracted patterns on their pottery dishes. In other provinces like Qom, Minab, Shahreza, and Bandar-Abbas you can find people who are busy with pottery. Although, in recent years many pottery workshops were closed in facing technology and modern life.

Join us to experience making pottery with your hands and learn lots of amazing tricks or, as we call it, Foot-e Kooze-gari. 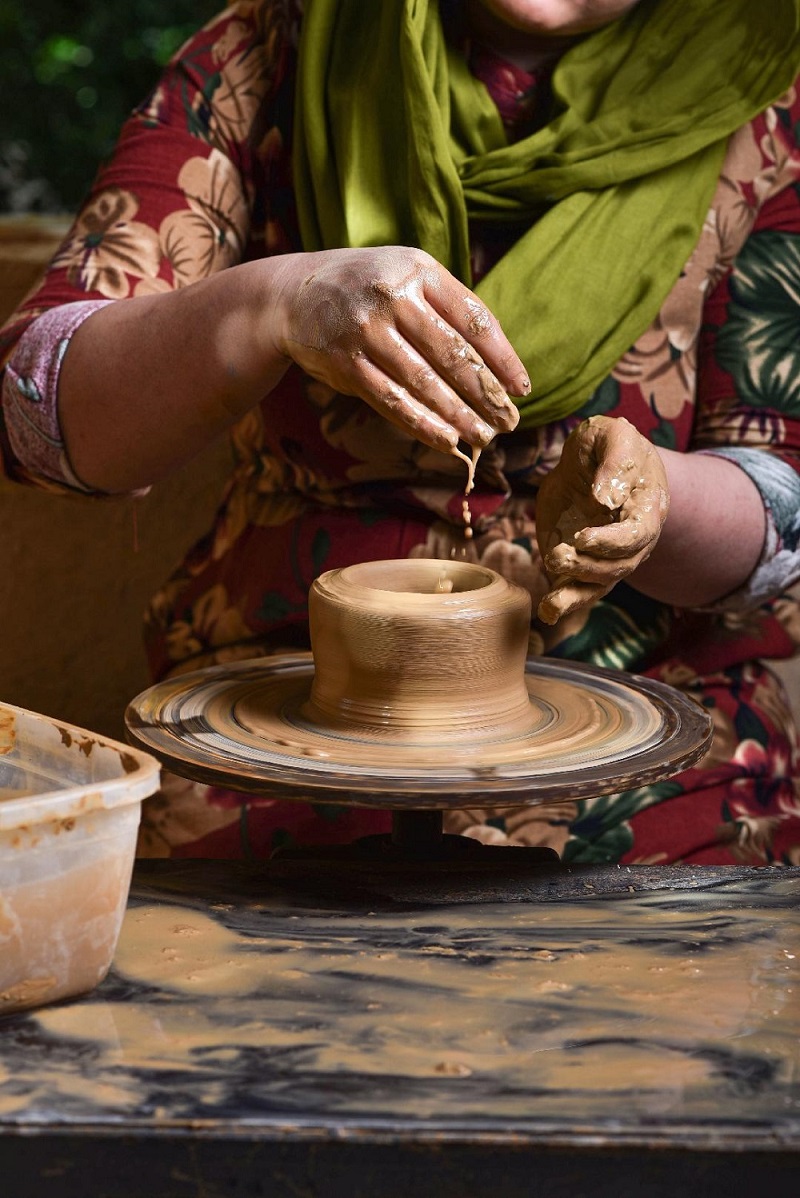 This training tour starts in a pottery workshop where you can watch and learn pottery-making process from a craft tutor. The workshop itself is a part of a bigger institute managing and holding different craft courses annually.
During this pottery making course you will also sit at the back of the pottery wheel and get your hands into clay to make a beautiful piece of yourself.
The course could be also added to our shiraz day tours.