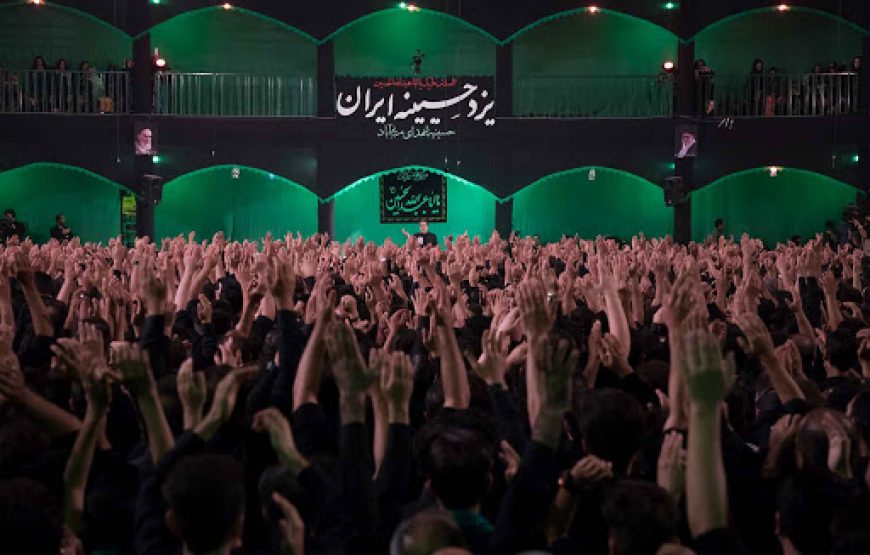 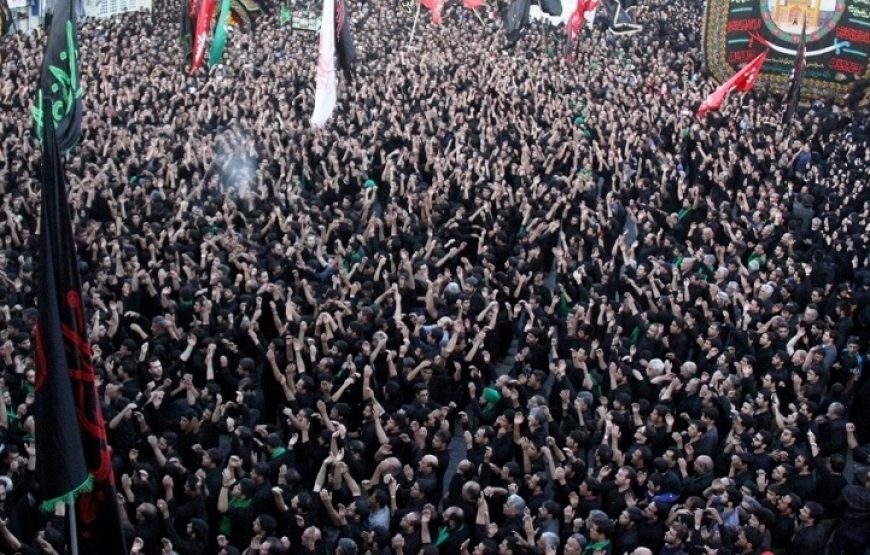 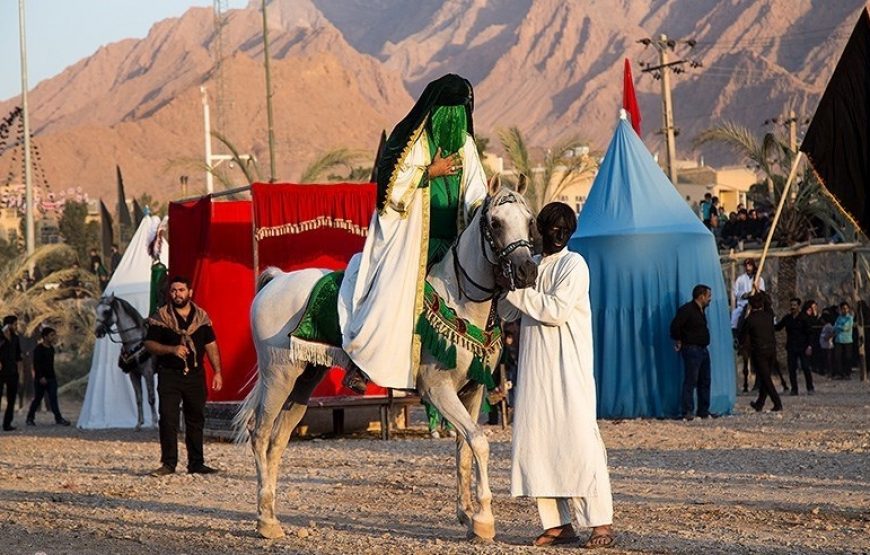 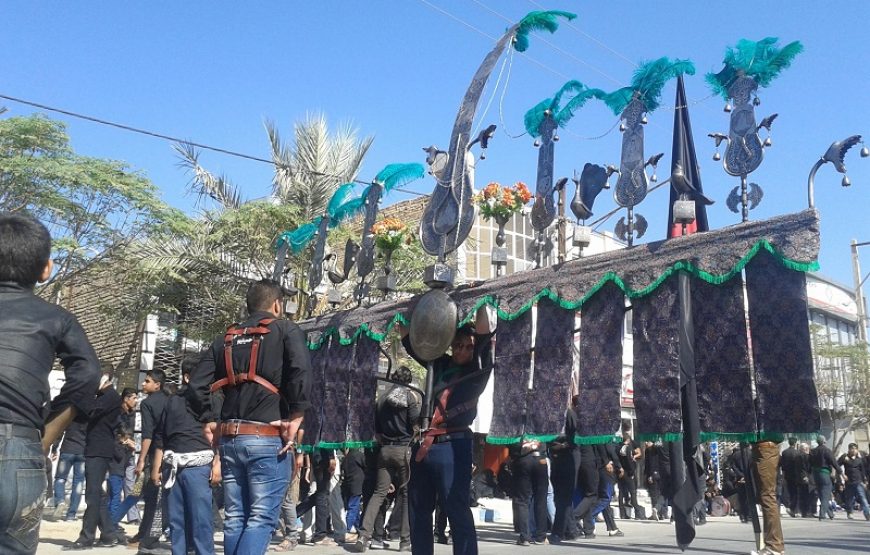 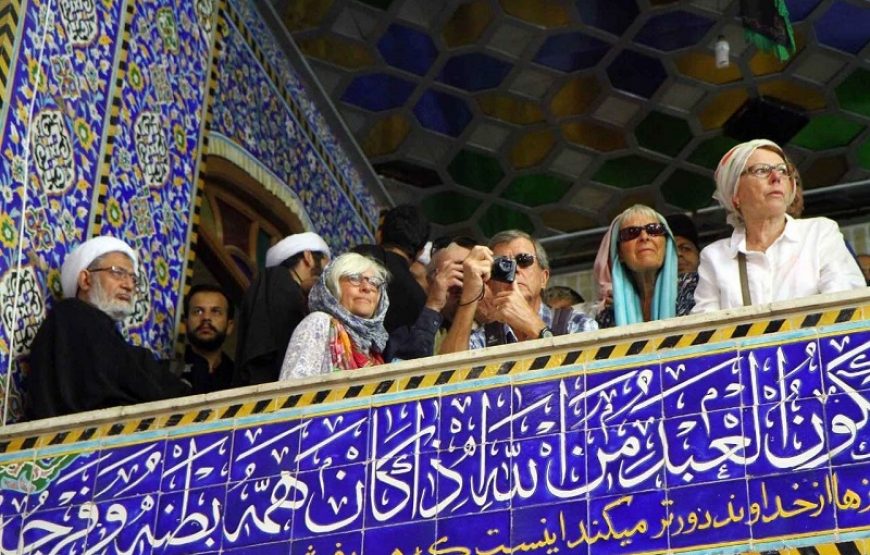 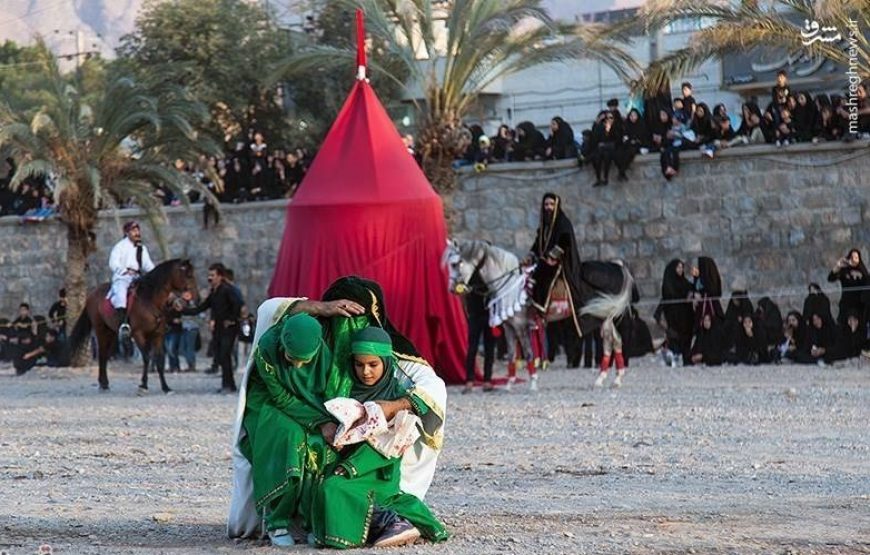 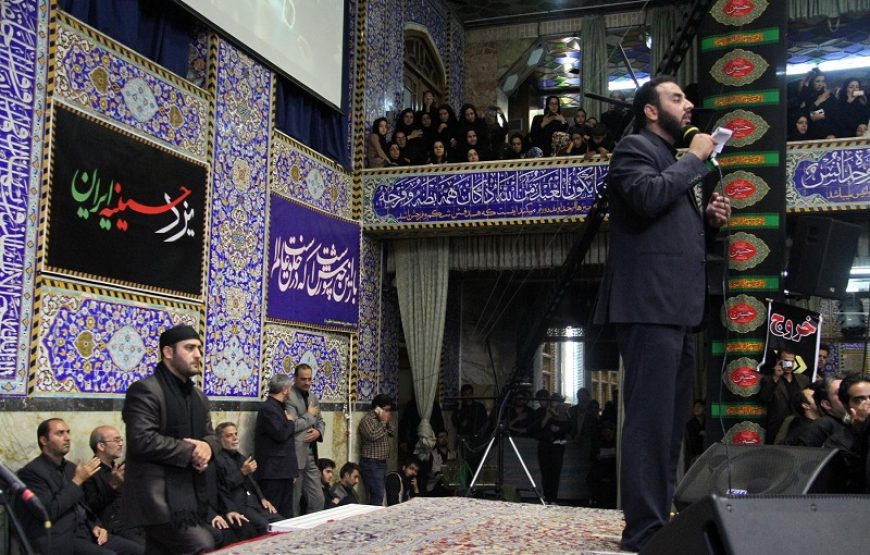 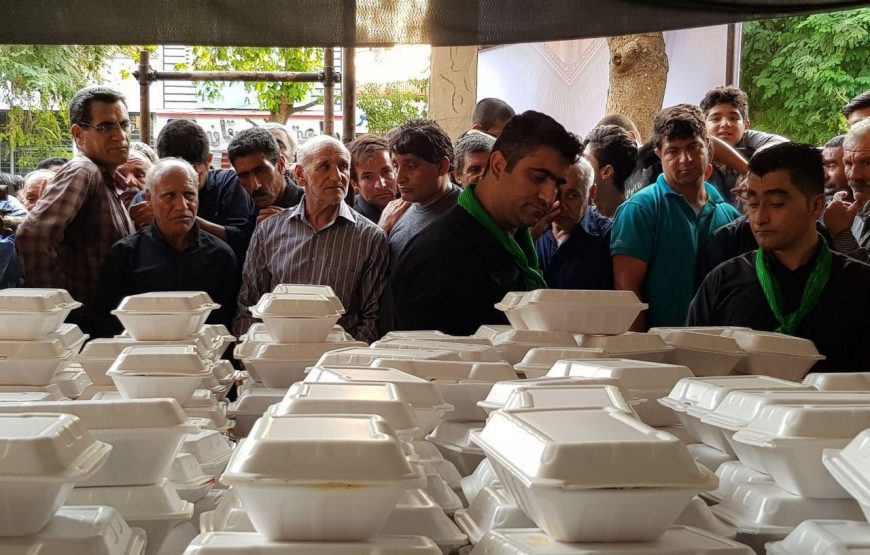 The cultural event of Ashura which occurs during the month of Muharram, the first month of the Islamic calendar, is one of the biggest events in the world of Shi’a Muslims. It is the mourning anniversary of the death of Husayn ibn Ali, the grandson of Muhammad, in the Battle of Karbala on the 7th century BC. The known image of Muharram can be defined in black mourning clothes and black and red flags spreading all over the streets and mosques. Various rituals are held in different parts of Iran such as Taziyeh: a theatrical rebuild of the Battle of Karbala, Noha: lamentation, Nakhl-Gardani: carrying a wooden Palm tree called “Nakhl” on the shoulders of hundreds of mourners symbolizing the coffin of Imam Hussein, and carrying Alam on the streets and offering free food called “Nazri” to the mourners and also the poor.

The most important days during Moharram mourning ceremonies are Tasua (9th of Muharram) and Ashura (10th of Muharram) as being the days of Imam and his family’s martyrdom. This mourning in commemoration of Imam Hussein has become a tourist attraction in UNESCO city of Yazd where the ritual of Nakhl-Gardani is held very glorious beside the other rites. In addition to Yazd, the neighbouring small cities like Zarch, Taft and Ashkezar are also holding this ceremony during Ashura. After Ashura and even to the end of the next lunar month, grief ceremonies are held at different times. Experiencing Ashura in Yazd is a very special experience for experiential travellers.

“Ashura and Tasua 2020 will begin in the evening of Saturday 29th of august and continues till Sunday 30th of August.” 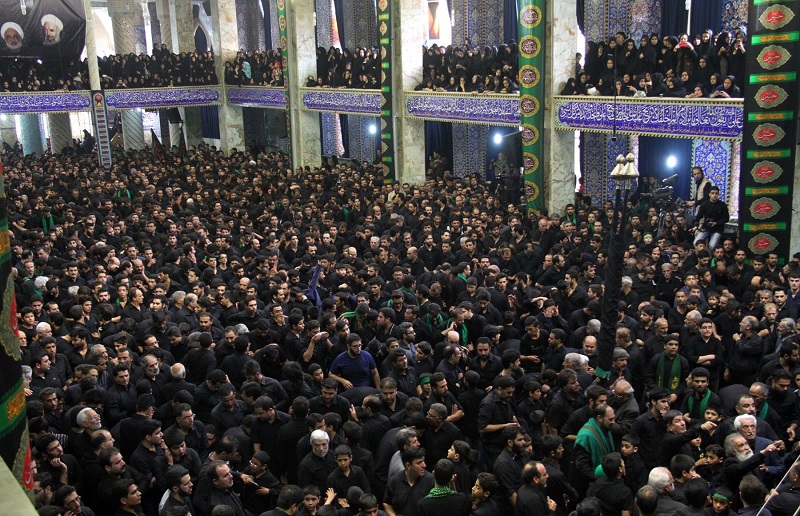 Today is the ninth day of Muharram called Tasua. We start our day tour by roaming over the adobe city of Yazd and explore its amazing narrow alleys. All over the city, the sign of Muharram can be seen and people are getting ready for the afternoon ceremony. We also visit the Amir-chakhmaq square, one of the most famous places where people gather on Ashura day and the Jame Mosque of Yazd, owning the largest tiled minarets in the country. Inside these two attractions, a few Iranian clergymen knowing foreign languages are also available to guide tourists about the philosophy behind this mourning ceremony, and the martyrdom of Imam and his companions.
In the afternoon the Tasua rituals start and the gangs of mourners go from one mosque to another and perform their special program and sing together for people seating in the mosque or Husseinyeh, most of the mosques that the mourners perform there such as Hazireh mosque and Hoseiniyeh Iranian have two-storey, mourners perform in the basement and women hear and watch them from the second floor. The special food that most of the mosques serve this night is Ash-e Gandom, a kind of soup made from wheat.
Overnight Yazd 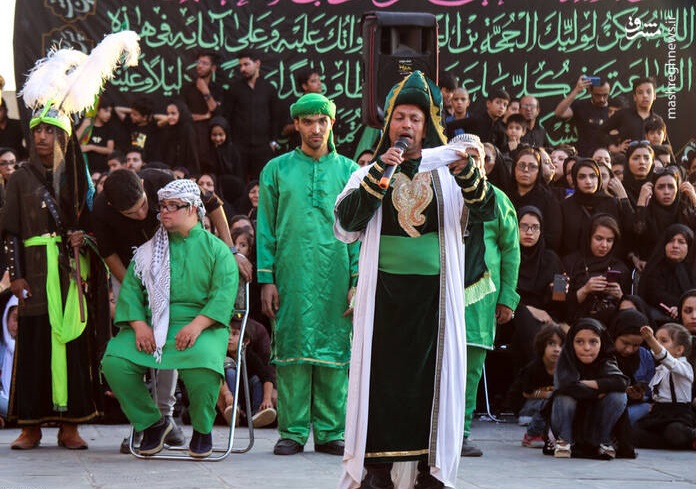 Today is Ashura, the most important day during Muharram mournings. We drive toward the city of Taft for about 20 minutes. The Ashura ceremony starts in the morning and the gangs of people marching in the streets and beating their chests with the harmony rhythm of majestic drums.
Nakhl-Gardani and Ta’ziyeh are the markable rites in Taft. Taziyeh can be seen in different spots, groups of actors wearing customs rebuild Ashura events in streets like a theatre while people surround them and listen to their musical dialogues explaining what has happened in Karbala back in 681 AD.
In the afternoon Nakhl-Gardani starts and hundreds of mourners carry Nakhl on their shoulders, Nakhl is a wooden palm tree and hundreds of men carry it a few times around the square as a symbol of Imam’s coffin, today we observe Nakhl-gardani in a city that owns one of the biggest Nakhls is in the country. People watch this event in the centre of the square and also on the rooftop of the nearby buildings. A man stays on the top of the Nakhl and says Azaan during Nakhl-Gardani.
After Nakhl Gardani we drive back to Yazd and participate in the ceremony of Sham-e Ghariban as a symbol of sympathizing with the surviving members of Karbala. In addition to gatherings in mosques, people light up the streets with candles. After the sham-e Qariban ceremony the first ten mourning days of Muharram ends all over the country.
End of the tour. 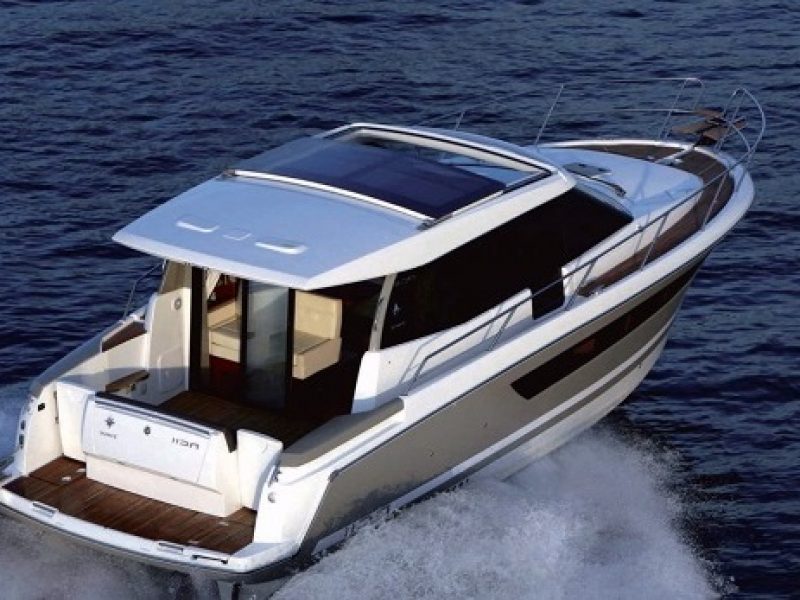 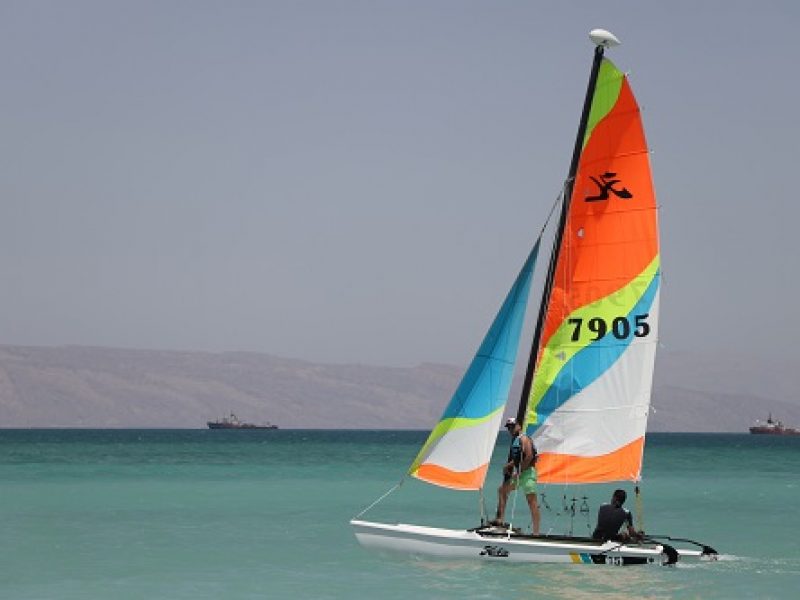 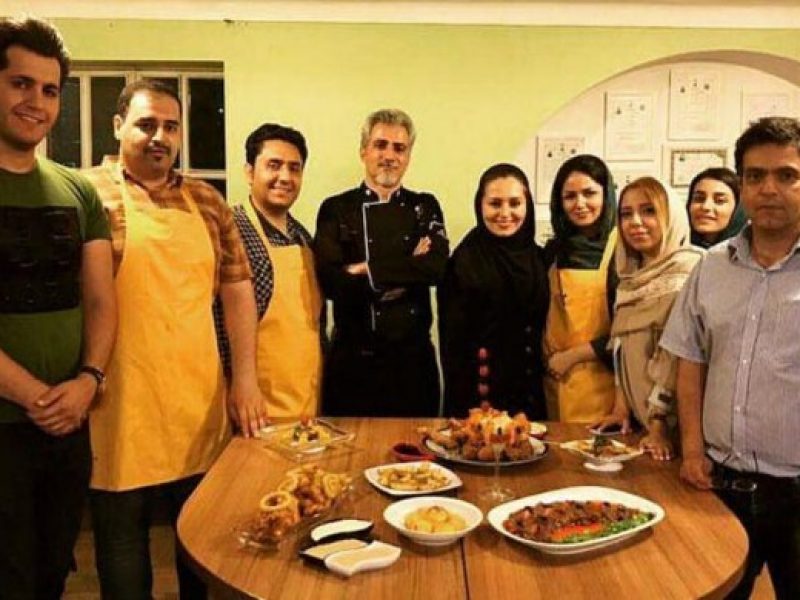 Food and Culinary Tour and Trips in Iran 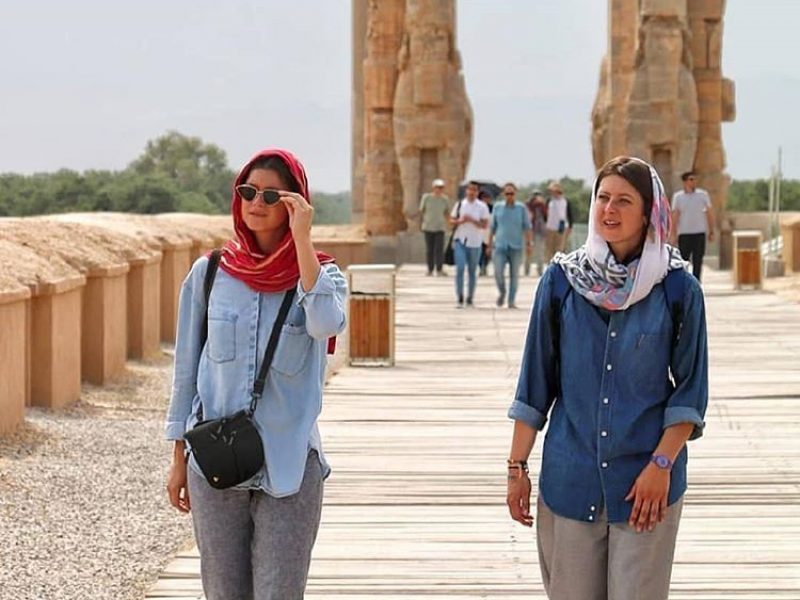